Immigration and the construction of a southern border wall under President Donald Trump’s political agenda continue to erupt protests across the country. Immigrants and supporters alike closed down businesses on Feb. 16 to show America just how much immigrant workers contribute to the economy.

According to the Economic Policy Institute, there are nearly 40 million immigrants that reside in the United States. Their total contribution to the U.S. economy in 2011 was 14.9%, a figure that is actually 1.9% higher than their 13% share of the total population. 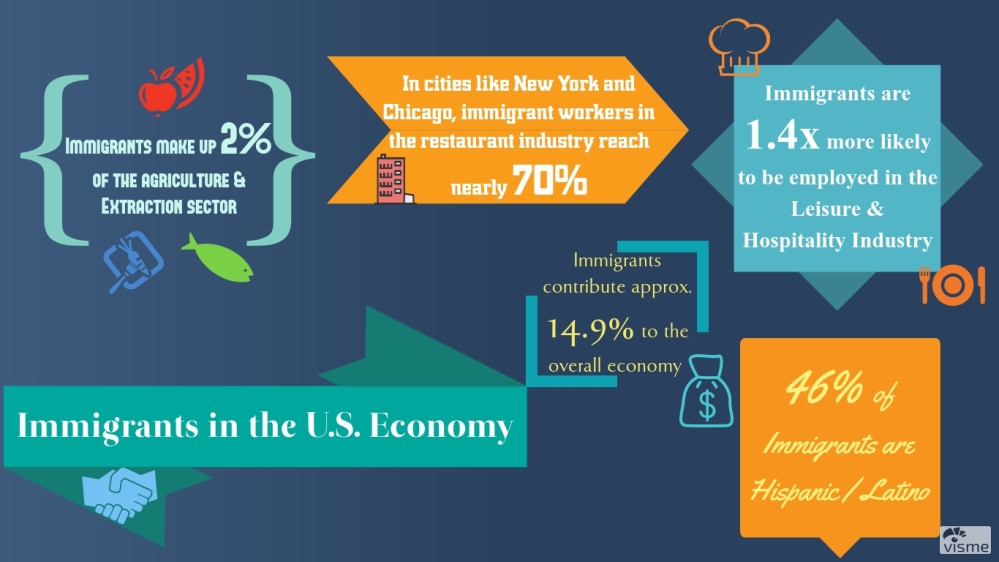 The issue some Americans have with President Trump’s strict policies is that rhetoric does not always signify a distinction between legal and illegal immigrants.  Many have felt marginalized by undertones of xenophilia and racism over the past year. Many fear just how much of taxpayer’s money will go toward the construction of a border wall that may not be as necessary as the White House claims.

USA Today reported that Ethan Smith, co-owner of the New York City restaurant Hecho en Dumbo, would close his business in support for the immigrants that contribute to nearly 70% of the restaurant industry in his city.

“We also hope it will show those who may wish to impose broader deportation measures that our community as a whole isn’t going to sit idly by and let neighbors be taken from their homes en masse. The president asserts that he ‘has a big heart’ in this regard so we’re hoping he might soon feel inclined to elaborate on that,” he said.

Protests in cities like Pittsburgh and Philadelphia drew significant support from surrounding neighborhoods that have become accustomed to the ethnic restaurants and grocery stores on their streets.

WTAE reported that Anthony Herrell of Pittsburgh, a Las Palmas manager, believed that recognizing immigrant’s contribution to America was a step in the right direction.

“Our goal with this is to show the community — and ultimately Donald Trump and his cabinet — what it would be like if he really gets what he’s working at. Who’s going to be picking your fruit? Who’s going to be opening the Hispanic-based grocery store for your community? Who’s going to be doing the labor that many people don’t want to do anymore,” he said.

The Incline, a Pittsburgh based mobile news site, reported on yet another food based event the following day in support of Hispanic communities. Because many restaurants lost revenue and workers lost wages for sake of protest, supporters gathered to eat tacos last Friday to help support Hispanic businesses in the Beechview community of Pittsburgh.

Matthew Buchholz, owner of the art company Alternate Histories, planned the taco event to generate those that closed their doors on Thursday.

“In some ways, it’s more impressive and more important to do it in a city like [Pittsburgh], where people’s minds could be changed or not everyone might agree with what you’re doing, but it’s still important to make that stand,” he said.